Update: It seems this somehow got on TechVibes & HackerNews

So for Vancouver’s Barcamp 2010, we made a pong game for the iPad that people could control using their eyes.

Unfortunately, this isn’t a Vancouver Barcamp summary. However, my good friend Mack Flavelle wrote a great summary and another guy named Shivanand, whom I wish i had met, did another awesome job.

What this is, is a post explaining the project I hacked together during Vancouver Barcmp 2010 with Craig & Tom: eyePong

I hate when people make me read to the end, so here’s a video of the project:

For those who don’t know what pong is, it was an old arcade game where a ball goes back and forth between two human controller paddles. You can google it or read the wikipedia article for more info. But a picture should pretty much explain it: 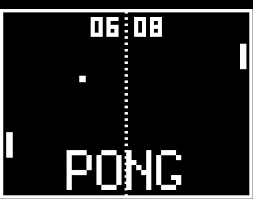 The eye gazer equipment is from Craig Hennessey, founder of mirametrix, and I worked with developer & overall hilarious person Tom Schultz (@appskicker).

By the time I joined them on Saturday, Tom had already gotten the backend “secret sauce” working, which passed the x & y coordinates of the eyes to the iPad over a TCP socket connection. We pair programmed (read: I watched him type slowly on this weird wireless keyboard while we both laughed a lot) the initial pong paddle & the ball. I then took over, fixed the paddle’s position, recorded persistent high score (so you could play against others), added sound to the ball hitting the paddle, & made the direction & velocity of the paddle change the way the pong moves.

The green “box” is the pong ball, and the white square is the calculated eye Gaze. It’s pretty cool how people tend to watch the ball as it moves around.

Here’s the same video as above: some random guy playing it near the end of barcamp & me narrating (I hate silent videos).

Here’s a movie of Craig playing the game & me hiding laughter, while someone gives a completely unrelated barcamp talk. Ironically, it’s more of a silent video, which I usually hate.

Obviously the codes pretty messy since we pushed this out in, literally, a few hours. I’ll be cleaning it up a bit & maybe githubing it if there’s enough interest (read: ping me if you’re interested). Craig’s plan is to make an API out of it.