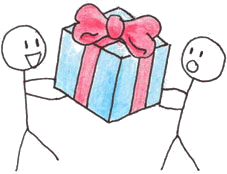 I remember back in the day I was always looking for the perfect sync solution. Microsoft’s Live Mesh was just starting out when I was an intern there & I was able to test out the Mac Beta’s at the time. Before that, I was using FolderShare & a slew of other synching apps. I even tried my own custom rsync solution one time.

But none of them are as simple & fast to use as Dropbox. Who knows, maybe I just admire Drew Houston & his team so much (you can read about how Drew started Dropbox as a video, because he believed once people wouldn’t realize the problem they had until they saw the solution)

But when I first heard about Dropbox’s new “Camera Upload” feature – namely, the ability to load your device’s pictures onto dropbox when you plug it into your dropbox-enabled machine – I wasn’t too excited. I personally use the free version of dropbox, which starts me @ 2GB of free data, so I knew my photos would easily push me over this limit.

However, I was pleasantly surprised to find out Dropbox is giving away up to 3GB of free storage space (for lifetime too), if you start using Camera Upload!!

Here’s how I got it to work on Mac:

That’s it! Just sit back, and wait for them to sync with Dropbox’s servers. Every time you upload 500 MB , you’ll get another 500MB  added to your account!

Check the dropbox official FAQ if you have any questions: https://www.dropbox.com/help/287

PS. If you want to earn even more Dropbox here are two easy ways: